Trucks on Call Moving and Storage

About Trucks on Call Moving and Storage

Trucks On Call is a professional Licensed & Bonded company providing full range of moving services to Residential, Commercial, and International customers for over 12 years. Our goal is simple: provide quality moving and storage services that fit the needs and budgets of our customers. At Trucks On Call, we are committed to making every moving experience a great one! 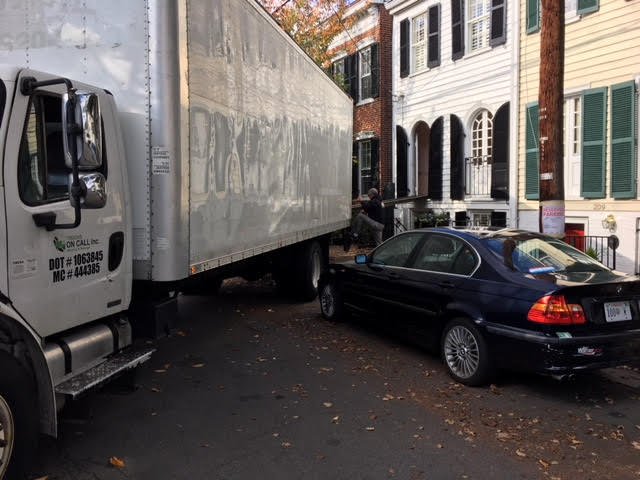 Wish I could give 0 stars

Wish I could give 0 stars. They'll lie about your estimate, they'll lie about the delivery date, they have zero communication, and they even use a scam insurance company that will no respond to emails or phone calls. Nothing stops this company from just stealing all of your stuff and then claiming they lost and never compensating you for it. They lost my $1,000 bed among other things. In all seriousness there could be a lawsuit against this company and whoever runs it should be looking at jail time as well

WARNING! If you see the name Trucks on Call--run the other way--FAST!

This is by far the worst company of any kind I have ever dealt with. There are so many issues, it would take a novel to list them all, but it pretty much boils down to zero communication skills, zero customer service skills, zero concern for anything but their bottom dollar, and unconscionable decisions that put their movers at risk for health
Communication was fine until after they snagged my business--completely absent after that. Email requests for information and updates were not acknowledged, much less responded to. Phone calls were avoided or answered by rude, unprofessional staff, in particular Alex and Sam, who argued with me about various details of the storage and delivery. In one instance, speaking with the supervisor Matteo, I mentioned that the company needed to improve their customer service skills, and he flat out told me I was not a customer, I was just someone they wanted to be done with!!!
The team that picked up my household goods came two hours after the latest time of their estimated arrival. When they arrived, I learned they had already been working 12 hours!!! Isn't there a labor law about this? So, I get a tired, weary crew, who only wanted to rush through the job to get home. The word "fragile" meant nothing to them, as they tossed boxes onto their dolly and put heavy boxes on top of lighter ones marked "fragile." One mover loaded my antique breakfront, and I watched in horror as it almost toppled off the dolly as he went over the threshold. This, despite my specific request for special handling of this item. Similarly, when I took delivery of my items, only two movers came, which would have been fine if I didn't have a pool table and an upright piano. Their supervisor was presumably not able to secure additional help, so he (the supervisor) told the movers to go out and find someone to help them. More than half of my plastic bins were damaged, and the boxes were stacked upside down, so not only could I not see the label, things like lamps and glassware were scrambled inside. They did not honor their contract terms by reassembling items at the final destination. The driver put one bed together, but he was late for another delivery (because he had to take 1 1/2 hours to recruit more help) and because he said he did not have the skill to re-assemble a pool table.
Oh, did i mention the actual cost was $2K over the estimate? They did not do a pre-move survey presumable to save money so relied on me to tell them how many boxes I had, and of course, they came up with a different number because they said my boxes were bigger and took up more cubic feet of space than was estimated.
So many other details that I could share, but you get the gist. If I could, I would sue this company for medical expenses, as I am sure I was starting to get an ulcer due to experience. I will settle for this review and a report to BBB, along with compensation for any damaged items that I am likely to find due to their reckless handling of my property.
I urge all potential movers to stay away from Trucks on Call!!

The movers were hard working and awesome. They did everything very quickly so I was able to have the second half of my day to myself. The quote was lower than everyone else and they stayed on budget. Nothing was broken. NOTHING. Amazing company.

These guys did an incredible job. staff, workers, foreman. all great people to work with and quick as lightning. all my emails and calls before and after the move were answered quickly, and the movers did a great job not breaking anything lol! was a tiny bit higher than the estimate, but that was my fault because I added a few things that I didn't have on my quote. Ask for Jack, he gave me a great rate compared to almost everyone else at the other companies, and he really knows his stuff. I think these guys are family owned, but I didn't ask.

They were on time and charged a fair price. very courteous staff and workers. no damages. everything you would want in a move basically.

Trucks on Call Moving and Storage