Golden Valley is the Golden Standard in American Moving! An Honest, Excellent, and Dependable Customer Driven Company. We have been in this industry for years, we know when it comes to completely uprooting yourself and relocating your home, it sounds fun and exciting but the DIY “wrap & pack” overcast can quickly rain on your parade…Our Door-to-Door Full-Service at rates you can afford will make a huge impact of relief for you and your family. You will have an army of people ready to help you with anything you may need. Moving Specialist, Customer Service, Tech Support, Dispatch Centre, and 3+ Man Crews to take care of all the hands on work at home. Our team members are highly trained and seasoned in every aspect of relocation, Logistics is our Protocol and At Golden Valley Van Lines You’ll be in Good Hands! 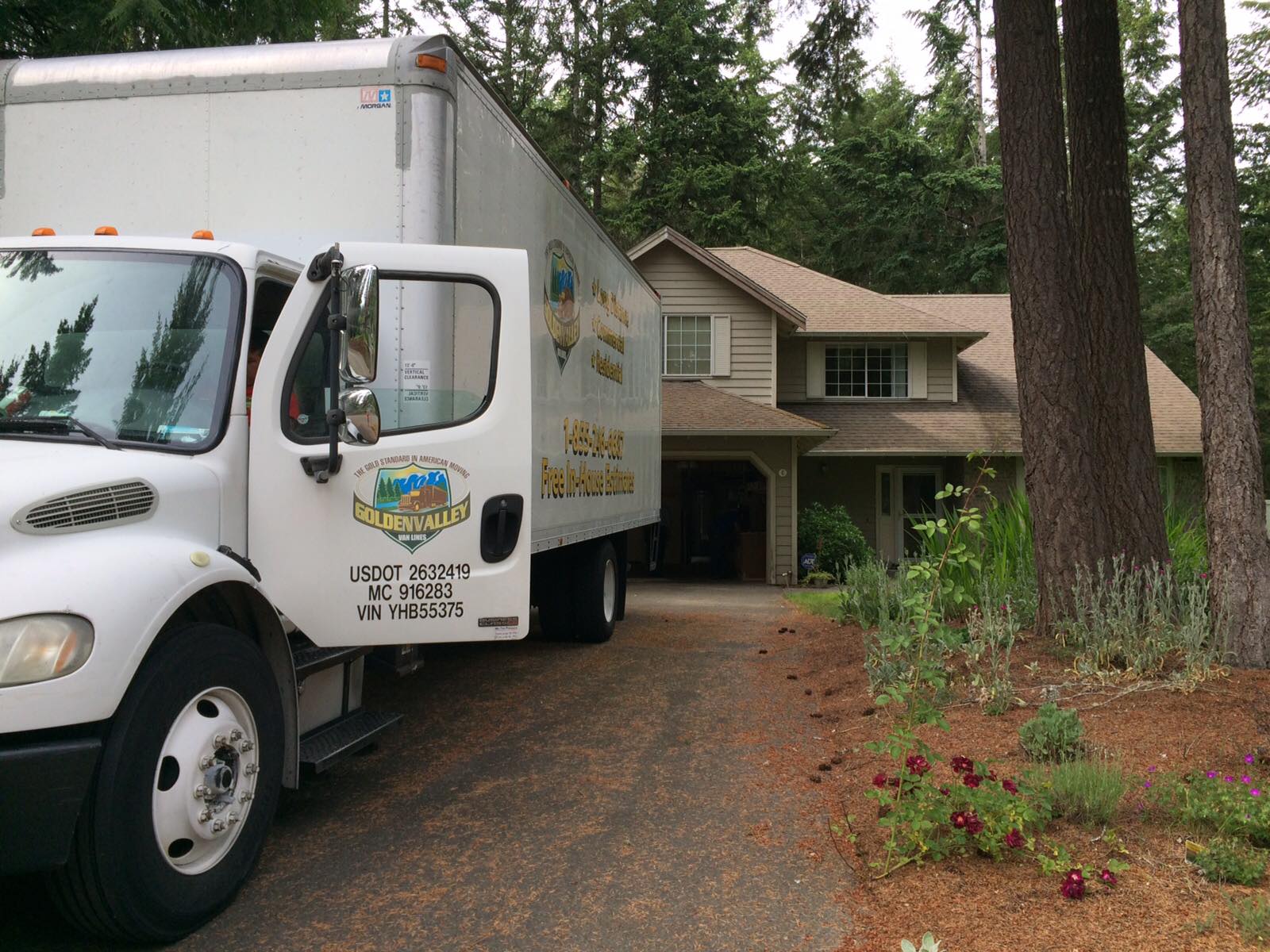 Golden Valley Van Lines will Lie to You

My moving experience with Golden Valley Van Lines was bad enough that it actually made the Seattle evening news. You can view the clip below. It would take a lot of space to cover everything that they did so I'll let the clip do most of the talking but the bottom line is that they will lie to you and say whatever they need to get you to hire them and they won't follow through with any of it. They prey on people who have never used a professional moving company before. Their moving consultant, Aaron Petrolia lied to me repeatedly and used social engineering techniques to try and gain my trust. They give you a low bid and once they have your stuff, they jack up the price and hold your stuff hostage to force you to pay. The reporter from KOMO TV News researched them and said that the government has actually shut them down but they are still operating using shady practices. They have their contract written in such a way as to absolve them from any liability for anything. If you have the money for a lengthy legal battle, you will most likely eventually win a judgement against them but they will just declare bankruptcy and then just begin operating under a different name. It looks as if this has happened before so it's not worth the effort. I asked for a partial refund and they laughed at me. I'm not getting any money back from this but I'm making it my mission to warn others away from this horrible, dishonest company. Also, their BBB rating means absolutely nothing as it is based on their level of responsiveness to inquiries from the BBB, not on actually fixing issues or resolving complaints. I have gone through all of their Google reviews and they appear to be fictitious and paid for by the company unless you really believe all the people who are based in foreign countries who wrote them came here just to use their services and then returned to their home country. Of the US based people who wrote reviews, if you look over their other reviews, they have written several for other moving companies as well and based on the dates are apparently moving every two months and hiring different companies to perform the move despite how happy they claim to have been with Golden Valley Van Lines in their review of their moving experience with them. https://komonews.com/news/consumer/how-to-steer-clear-of-rogue-movers-who-hold-your-property-hostage-for-higher-payment?fbclid=IwAR1dcAl7jCJCe-xCv3wWoyhO8Fej2lHu7VPGyf

I used Golden valley van lines to move my 4 bedroom family home to CA. I am very happy with all the hard work and dedication that everyone put into this move. I was very nervous about the whole thing and Travis and the moving crew really put my mind at ease and made it stress free. I have already recommended them to many of my colleagues!