We at TDY Moving & Storage New York are a family owned & operated moving company that has been running from generation to generation, serving our customers in the same professional manner. Customer service & satisfaction have always been our first priority with every job. The friendly, knowledgeable management & staff at TDY Moving & Storage have many years of experience in the moving and storage business, offering you peace of mind through all of our services & supplies: Storage, New York local moves, international shipping, packing supplies including packing paper, bubble wrap, tape guns & crating at low rates. We also handle antiques, pianos & valuable art work. We also operate Van Lines to professionally handle all of your long distance moves to or from NY, the East Coast & Nation-wide to all states, including Florida, Massachusetts, Connecticut, Pennsylvania, Maryland, Virginia, North Carolina, South Carolina & Georgia. We can also move you to or from Canada. Our goal is simple & clear: To satisfy every one of our customers. Our customers often tell us our services are reliable, prompt & inexpensive, with a friendly, welcoming atmosphere starting from our estimators to the end of the process. It is for that very reason that most of our work comes from repeat and referral customers. That is something we are very proud of. As professional movers, we know that helping a family or a business relocate is a big responsibility, requiring a team effort of continuous quality improvement, knowledge, efficiency, experience and a caring attitude. TDY Moving & Storage is a relocation company that takes this responsibility very seriously, skillfully handling every step of the moving process to ensure customer satisfaction. 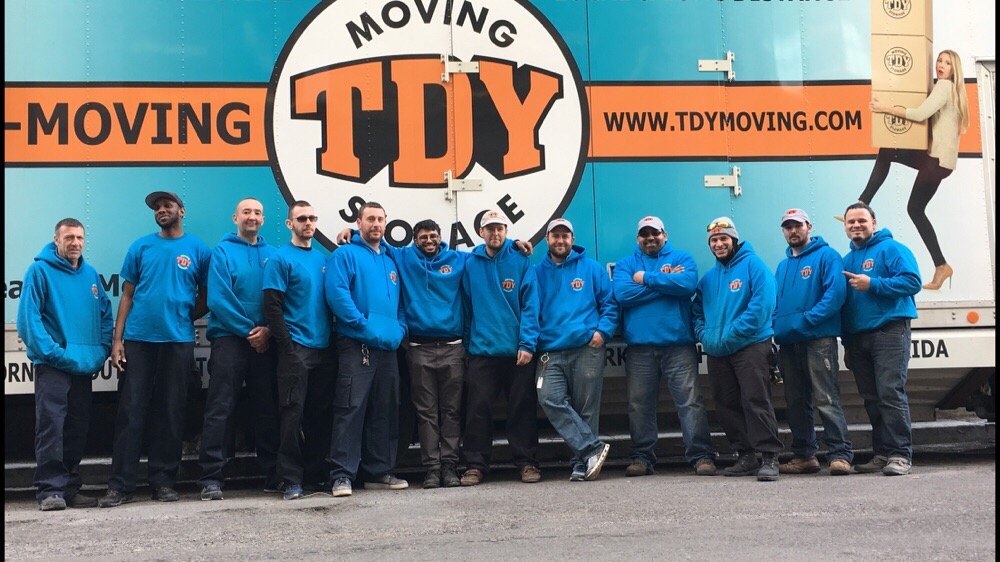 I will remove this post when I receive my belongings.

For cross country moving, this company is the WORST. For moving out of my nyc apartment, I was very clear I had a two hour window to use my elevator as my building has strict regulations. The movers showed up 4 1/2 hours late and did not have the shipping materials I was promised or way of organizing or tagging my items. I had the company hold on to my items for a month in storage with a specified delivery date to California. Two time over the month I received a call from my apartment saying the movers were there (weeks before my move in date).

I now am here and my items are nowhere to be found. I have called 20+ times a day to dispatch to try to track them down and have them delivered and when they do answer they say they need to call me back and never do.

My sales person Michael never responded to my emails or calls during the issues in NYC and now is completely nonresponsive as I try to track down my items.

I either need to contact the better business borough or police as I assume my items have been stolen at this point.

I am sorry I used them

I used TDY Moving based on a recommendation from a coworker. I am sorry I used them and recommend anyone looking for movers to keep moving. My wife and I moved from NY to Texas. When we arrived in Texas we had the movers put our belongings in storage while we traveled for a few months. When we had another moving company move us out of storage to our new apartment we found 2 pieces of furniture damaged. The movers pointed out the damage as the items were being removed from storage, so I know that it happened due to TDY. I contacted TDY and was informed I could file a claim with theire insurance carrier, who reimbursed based on $0.60 per pound. TDY should have reimbursed us and taken the loss. I am sorry I used them.

They packed everything really well and furniture was protected with blankets and wraps. Very efficient and friendly movers, unloaded and set up where we needed it. Furniture guaranteed delivery within 3 weeks. Highly recommend for interstate moves.

Where do I even start. First of all, I called them with what has to be moved and the company gave me a price over the phone without seeing. First clue that I missed. I then corrected the quantity of boxes the following day and they raised the anti another $200. Fair enough. After the truck was loaded they claimed the markers on the truck floor bed indicated even more cubic feet and the price then escalated another $800. When I asked to look in the truck I was refused. Did I mention that when I called up to enquire about the driver's billing, they added another $100 bucks because they said he made a mistake. Did I mention that I needed the items moved quickly to Chicago and when I first called they stated "your in luck" we had a cancellation and we can get you on the truck going west immediately. That was Monday and they picked up the load the next day on Tuesday afternoon where it proceeded to rest in NYC for 10 days. Yep, I was really lucky that they had a cancellation. Did I mention the conversation with the driver and his crew. The first words out of his mouth was what they expected as a tip. He said it's customary to leave a 10-20% of the moving bill as a tip. So, since what started out at $2700 and leveling off at approx. $3800 they were expecting a tip anywhere between $380 - $$760 bucks. When I explained to him that this load of furniture was my son's house and I didn't have that kind of cash on me, he said I'm sure you can figure out a way to get tip money. Even suggesting I write him a check and he would split it with the crew. Finally, after they were finished loading and only when they were finished loading, and I signed off, they handed me a sheet of paper with their additional rules for the destination address in Chicago. Which included, the additional cost per foot if the crew had to walk a certain number of feet to the front door. Additional cost for landings in an apartment building. Additional cost if their truck was to big for the street and they had to unload to a smaller truck. Perhaps I should have been more curious on why they demand final payment in cash before they unload the truck. I'm chalking this up to one bad experience, with an unreputable company. They are in the same category as Aluminum siding and used car salesman. It's going to take a long time to get the bad taste out of my mouth.