We're a professional moving company created to move more than just your boxes. We'll move you with our hard work and genuine smiles. 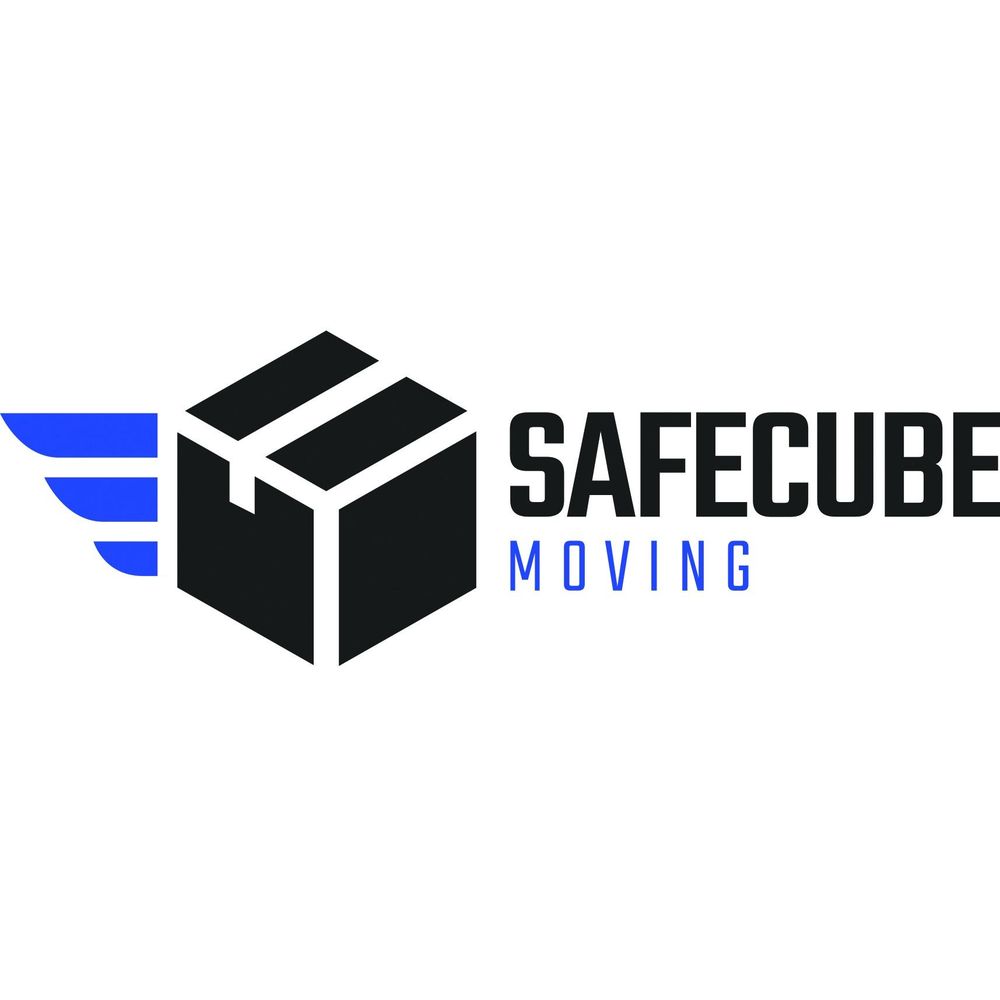 "CAUTION - don't be fooled by their timely and detailed responses during the quoting / inquiry stage. Safecube is one of the worst companies I have ever dealt with !!! Their performance was careless, negligent and they breeched our contract by not assembling things they took apart. Very uncooperative and unsupportive after our move when we discovered many "lost" items from our shipment. They were more concerned with the negative review my girlfriend left and were actually angered and offended by it instead of focusing on finding our things. Overall very very poor customer service and customer relations. Any company can have problems or issues but a company defines itself by the manner in which they respond to these problems and issues. In the case of Safecube they indeed defined their selves as caring more about a negative review than resolving problems. To make matters even worse, they didn't want to speak or deal with me at all because the contract we had was in my girlfriend's name even though my residence and address were listed separately in the contract as one of two pick up locations. The other location being my girlfriends house.

Here is a very condensed list of our issues :

- Lost : a large overstuffed chair, a shop vac, a step ladder, my girlfriends golf clubs, air cleaner and bag for our lawnmower, the rear wheel on my girlfriends bike and other misc items

- Removed the wheels from our bikes after they were loaded on to the truck intact. Damaged the front wheel to my bike, lost the rear wheel to my girlfriend's bike

Yes we bought insurance at a significant cost in anticipation of guarding against some catastrophic event. Never expecting it would be needed for the very careless and shoddy performance we received. We suffered a considerable loss on this move.

I WOULD NOT USE THIS MOVING COMPANY EVER AGAIN

I was very impressed initially with SafeCube as the customer service rep was very responsive and detailed. The movers were late from the time of pick up initially stated, but then they did do an excellent job packing up and moving the goods into the moving van.

Upon arrival, some of the furniture had scratches on it. Nothing major, but there were some marks on things and also some boxes looked like they were "beat up" much more than they should have been for solid good boxes. Also, my delivery was to have been on one truck from the time it was packed to the time of delivery, but they arrived in two trucks.

Upon delivery, they brought in items that were NOT my items which I notified them about, and then there were about 6 items missing. Two of the larger items was a LARGE oversized living room chair as well as my golf clubs, then other misc. items totaling several thousand dollars. It has been almost 2 weeks since my goods were delivered, and I have received VERY little detail from SafeCube regarding their actions they are taking to find my goods, as well as details of my shipment (dates in transit, location of the warehouse my goods were at, if other customers with delivery the same day in the general area were contacted to see if they possibly had my goods, what their root cause investigation is etc). They have been prompt in responding, but I feel there is little or no concern on their part about my items being missing, some which are of sentimental value.

Also, I highly suggest to take pictures of ALL items you pack in your boxes as I suspect some misc. items "went missing". I also would ensure upon delivery you take the time to mark down every single box and item that is delivered. They brought in material so quickly it was difficult to track and we did not realize things were missing until later that day other than the larger items. Their tracking system is poor as they have VERY SMALL stickers to mark which goods are your items, and they do not have bar coding scanning technology.

I WOULD NOT USE THIS MOVING COMPANY EVER AGAIN. I AM INCREDIBLY DISAPPOINTED IN THEIR SERVICE AFTER THE DELIVERY AND THE MISSING ITEMS.

I don't use this moving company

Horrible. The idiots that picked our stuff up had no idea how to do their job. One of the guys stood around watching. The other guy was cursing and yelling in front of my kids. They charged us more than originally agreed upon. They left our stuff in the rain. Our mattress is ruined and many things are broken. They don't reimburse enough to cover what was lost. They lied to us repeatedly about when they would deliver. They ended up sending a new company to pick our stuff up and bring it to us. We will move next time.

These guys were a total rip off. The third man was barely there. Stood around on his phone the whole time and slowed down the other two guys too just so that they could charge extra time over the 3 hours. Everything was packed and ready to go before they got there, but with all of the standing around which we took photos of, they stretched it out and then I filed a complaint and they haven't even bothered to get back to me. I'd never use this company again.

I was referred to this moving company. Got a great call from marketing answered 30 minutes of questions, set an appointment and then nothing. No show at residence, no call, no apology - company went dark. Guess they have so much business they didn't need mine. Fortunately, there are eleventy billion moving companies in NYC.

My experience with this moving company has me seriously questioning the integrity of Yelp's ratings. I used this company because of its stellar ratings and I was sorely disappointed. First, beware: the company gives itself a wide arrival time of 3 hours, which is impractical as most people are under time constraints from their move in and move out locations. I was told that the 2 movers and truck I rented would be there between 2-5p. I informed the person I was working with about my time constraints at both my move in and move out locations; after much discussion, we both agreed to move forward, and the person I spoke with stated, barring a worst case scenario where everything went wrong on their end, timing should not be a problem.

SCAMMERS DO NOT USE. They told us we were okay for 2,000 more sq ft more below our minimum and we can add on more belongings . Now the mover is at our house saying it's going to be 1,000 extra ... if they would have been clear from the beginning it would be okay but they were not and had us thinking we would have more room to put more belongings . We payed for up to 2,000 lbs and our package is only 500 lbs meaning we could have WAYYYY more room & now that they're at the house they want to say they charge per sq feet on top of the 500 lbs which they said we had up to 2,000 lbs. hope no one falls for this one.

Unreliable! I'd give negative stars if I could.

2 days (and 6 days before the scheduled move) SafeCube called me to change our move to a week day and we had to CANCEL our move.

Their reconsideration of how many trucks it would take left me in a lurch.

I'm not sure if this is a bait and switch tactic or if the guy I spoke to was not given enough training to understand our needs to make proper reservation.

Details..
I had called and booked our move with 1 weeks' notice on Saturday, and SafeCube had accepted. I sent the contract back to them the next day. At this time, I also terminated my storage units and sublet.

On Monday at about 4:45 p.m., Winter called to change our move b/c they realized they needed a 2nd truck and did not have one. They only had week days available and when I told them we could not accommodate a week day, they cancelled the move. Because of the timing, I was stuck frantically calling other companies to move us, and most had offices that closed at 5 p.m. Thankfully, I found someone else that was much more professional over the phone.

I'm disappointed that they schedule moves without being able to understand the how many trucks they need or have available. I gave them the dimensions of our storage units over the phone when I first spoke with them and they said it was fine.

Really shady. Tried charging me for more time than they had actually taken to move. Unprofessional. Was raining that day and came completely unprepared, soaking half my stuff. Failed to listen to instruction when given about delicate items, damaging and shrugging about it multiple times. Storage overpriced. Would avoid like the plague.

Not a great experience with SafeCube Moving on our last move - the movers were great but the scheduling and fees were poorly handled.

We booked a move well in advance but the movers ended up arriving ~5 hours later than expected without notice. I ended up calling the dispatcher after they were 2 hours late and learned that all the move teams were behind - this then resulted in 5-6 calls trying to identify a new move team that ultimately arrived 5 hours late. The move team also arrived with more movers than agreed to and we were up-sold to using all the movers (higher rate) so they could finish in a timely manner.

We had a cross country move from Brooklyn, NY to Houston, TX where we had no fewer than 5 different companies give us estimates. From Safe Cube Moving, the CEO Avi came by our home to give us the estimate. He was very professional and instilled an extremely high level of confidence that they would take care of our belongings better than anyone else.

I had Avi coming for an inhome assessment and we were very pleased with the way he explained everything. On the day of the move we had an amazing 3 man team consistent of Jack, Ray and Juan. They all were very friendly and did whatever it takes to please us.

Il make it short., these guys are fast and good quality packing, loading helpfull with any extras things friendly everything done on good time & delivered safe on time also. I would use them again.