Superior Moving Systems Inc is a full-service long distance carrier that currently services pickups & deliveries in the lower 48 states. Our qualified movers will guide you thru your move to ensure a stress-free relocation. We offer standard moving services, full packing services, crating, insurance, and even auto transport 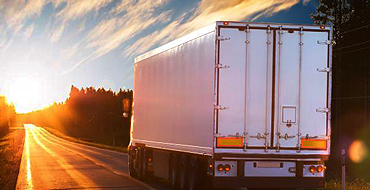 I moved from Philly to Las Vegas last year. They quote a low price, then they doubled my price on pick up. DOUBLED. Of course they made me sign the paperwork before they wrote in the final price tag. Then we didn’t have our stuff for 2 months! I can’t believe these criminals haven’t been shutdown yet.

AVOID AT ALL COST

This company will lie to you, take your money, and will only deliver about half your stuff (several weeks too late). Save yourself all the headaches, find a different company.

My nightmare with Superior Moving Systems of Wayne, NJ, began when they performed a phone estimate with a commitment of confirming this estimate before my move. The estimate for my small one bedroom apartment was $2777.82 for 18 items, 49 pieces including full pack with material, fuel surcharge, stairs, and a small “manager's discount”. There was a verbal commitment to packing and unpacking at that time. The promised estimate confirmation call was never received, even after I called numerous times. Throughout my experience with Superior, I nearly never received a phone call back when I left a message.

As my moving date approached, Superior made a verbal commitment to pick up my load on 03/14, but didn't show up until late on 03/16, not finishing loading until after midnight 03/17. Upon arrival, Superior claimed that items were more numerous than originally estimated and informed me that it was a $6,000-$9,000 move instead of the estimated total of $2777.82. When I told them I didn't even have that much money, Superior proceeded to make me choose between paying the $6-9k or leaving items behind and paying an increased price of $4561.25. Because I had to be out of my apartment by a certain time and had to sign the lease for my new apartment out of state, I felt I was at their mercy. I then had a long, agonizing conversation with the driver- in which I had to indicate very specifically which of my needed items could be left behind- including a desk and chair, side table, sofa table, bench, and a few pictures. After they loaded and left, it was discovered that numerous other essential items not discussed were also left behind- including all 3 trash cans, an 8-volume Bible commentary set, 3 keepsake Bibles, a collection of books, a nightstand that was part of a bedroom set (along with things in the nightstand), and 3 additional pieces of wall art.

I then received a verbal commitment from Superior that they would call me by 5 p.m. on 03/17 with my delivery time. I received no call for three days. Finally, a friend of mine became concerned and called Superior on my behalf. This friend was treated very poorly, and Superior committed to deliver my load on 03/19. I also had a verbal commitment that it was on its way. In a subsequent phone call, I was then told that the owner of Superior “wanted the truck for something personal”, so my personal property was offloaded into a storage container and I would receive my things between 03/21 and 03/23. Once again, when I called to get an update, I was assured it was in transit. My shipment did not show up on those dates.

My property was finally delivered on 03/27, 11 days after pickup. The driver had an inventory check off sheet that included only 29 items total (as opposed to original estimate of 18 items and 49 pieces). There was no copy for me to retain for my records, although I was able to take a picture of the Bill of Lading. Despite my having paid for the service, the movers would not unpack my boxes. After they left, upon unpacking, I found clothing dumped into boxes with dishes on top (instead of clothing on wardrobe hangers), more items missing completely (including irreplaceable family pictures), expensive lamps in a box with no padding and table legs on top, broken dishes, a broken lamp, and a broken antique glass book end from Scotland. There was no way of telling these things were broken before the movers left, since they would not unpack.

The BBB has at least 56 complaints against these scammers, but nothing seems to have been done about it.

The only final payment they would accept was a postal money order, so I have no recourse for the extra amount they charged. I do not appreciate the bait and switch scam they have pulled on an elderly veteran.

My fiance and I recently had to move cross country and at the time our son was just 6 months old. Needless to say, the idea of completing a move of this magnitude with an infant was incredibly stressful. I was very grateful for Superior Moving Systems. The workers made sure that all of our belongings were packed neatly and efficiently. I would never have been able to get everything done on the move without them! I highly recommend!

I would highly recommend looking elsewhere for a long distance mover if you are considering Superior Moving Systems (DOT# 2323030). My wife and I have done 3 long distance moves in the last 15 years and this was by far the worst experience we have ever had.

The quoting system they use is in my opinion is deceptive at best. We were initially quoted one price based on an inventory list that we had to complete. The price we had to pay in the end was more than double what we were initially quoted. They base their price on an estimate of weight as many of these companies do. We were told the bad news about the upcharge after they had loaded all of our stuff on the truck. We had sold our house and were closing the next day so at this point we had to get out and all of our belongings were on their truck so there is no negotiation, you are held hostage and have to pay. In hind sight, I also had a local company come out and do a physical inventory and quote, man do I wish we had gone with th

My time with Superior Moving Systems has been nothing short of amazing! My family and I were very stressed and unorganized when it came time to pack and move everything across the country, but the team that came to help us were so nice and professional. They went above and beyond with their efforts! They were friendly and made sure that everything was packed and would not be damaged in the move and that we were satisfied with the work they did. When we finally arrived at our new home and began the unpacking process, we were pleased to see that there was not a single scratch or ding on any of our belongings. Would definitely recommend for anyone going through a long distance move!