Whether you’re looking to move across the country or across the street, we are the moving company you can count on to transport your belongings safely and efficiently! We are rated among one of the best local moving companies in New Jersey and New York. 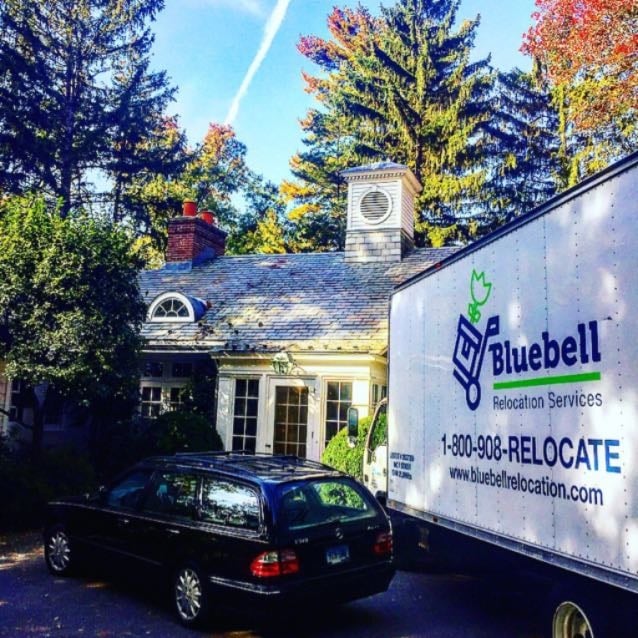 With relocation companies like Bluebell, that stress of relocation is only imaginary. I hired them for my move last month. They were beyond amazing. I talked to them on the phone and they quoted me a very reasonable price. They sent over a crew that was highly trained and very skilled. They took such good care of all my fragile and expensive goods. When all my belongings arrived, I breathed a sigh of relief to see all my valuables completely intact. I was very relaxed relying on this company with my move.

the worst NY to SC move ever

This company has failed in so many ways i dont believe there's enough space to write it all.
1. When they came to house to give us a quote, we wasn't finish packing. I told them we will be adding more boxes. Added 40 boxes to count and was charged $1100 extra. $27.50 ea box. We had no choice due to time frame of moving.
2. Accused of bringing extra stuff on day of move, if they just look at company check off sheet, nothing extra was added.
3. Told on the day of move that i needed extra truck which was sent & not used due to everything fitting on 1st truck. I told the person that did the quote that the size truck he said they was sending may be to small.
4. After truck was fully loaded I was told truck is over weight due to sq ft used, i was never told i was only entitled to a fixed amount of space. I also paid extra for the truck to only carry my stuff directly to new home. So how can it be a partial truck? $1900 plus was added to final bill for full truck..
5. Truck got to my new house thursday night even though i ask for a saturday delivery. Rep tried to blame me for their error.
6. On Sat after truck is fully unloaded i was then told that some of my stuff was on another truck. I was told it would arrive a few days later. It came 23 days later after 3rd driver got lost 6 days after 1st delivery. He called me to find out were I lived and when he realized how far off he was he decided to keep going to Texas with my stuff. Took me 5 days to find out where my stuff was. Company never called. I was told by office they thought someone called me.
7.The 4th driver finally comes but tell me i didn't tell him we had stairs. He never asked and the moving company knew because they had already brought 1st load to house. So he refused to take both items upstairs. One item is still in garage. To heavy for me and wife to carry up.
8. Four items with minor damages was written on final papers from 1st delivery but no one has contacted me.Also according to their count sheet, i'm missing 5 or more boxes. Until we figure out if anything is really missing ill leave it for now.
9. They lost the chance to do good and make more long distant moves. We have 2 more homes moving south to Atlanta. They was waiting to see how it went for us.
10. When we started this process, i was afraid of this kind of thing happening with a moving company. You was given some good ratings but i should have listen to the negatives. The only good that came out of this was your workers. They were truly hard working professionals that happen to work for a very bad company. Make space for a half star. so I can give it.

Did not select them, but wanted to

First, I have to say I did not use the service. We went with another option, but that was because it was someone we knew locally. With that said. the experience I had leading up to this was an incredibly good one and I would likely have chosen them as our movers. I submitted a request from HomeAdvisor.Com and received an email from Tony shortly afterwards asking if he could call to discuss. I accepted and he called inside of 30 minutes. While I was explaining the house size and contents, I realized he had pulled up my MLS listing and was looking at the rooms in the house. He said they would give a solid estimate by visiting, but we went room by room discussing furnishings and boxes as we continued the call. I can comfortably say he knew what he was doing because his estimate of the cubic footage while on the phone almost exactly matched the onsite visit from the other company. The price was a close match as well. I felt bad turning him down for this, but suggest you give them a try!