We offer an unrivaled packing and unpacking service hands down. We will sort, secure, pack and unpack all of your belongings while you deal with other stuff during the moving process. With our 100% professional and stress-free packing and unpacking service, you won’t have to worry or even think about the painstaking and time-consuming process of packing for moving. Our Professional and Experienced team of movers will do that for you. We will organize and pack your stuff so that they arrive intact and in perfect condition to your new destination. 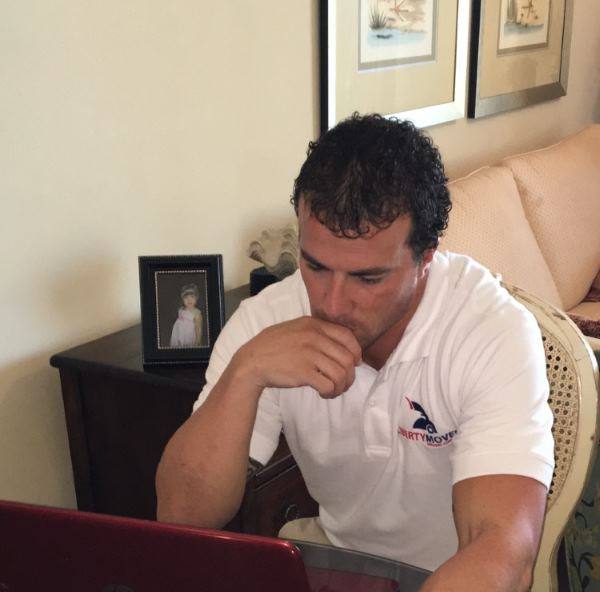 Do not request their Services! We booked a month plus in advance! And they couldn't deliver their services. We scheduled our move for a early morning move (9 am) and Landon texted me at 12 am (8 hours before the move) informing me that he couldn't fulfill his obligation at that time and they'll be coming at 3pm. Fast forward to 1pm he texted myself again telling me that they couldn't make the 3pm rescheduled appointment and they would be able to move my stuff around 5pm. I would not recommend this company. They are very unprofessional and pathetic businessman. If you're looking for true professionals Google 3 Men on the Move. If the owner decides to put in their input on this review. I will gladly post screen shots.

An account of my experience on 6 April and 7 April 2018:So I have to move in a few days and found this company with pretty good reviews and they stated they support the military so I requested a quote. We agreed on a quote and I put the deposit down for them to move me at 1000 on Monday. Well I received a text last night telling me that I needed to be moved at 0800. I couldn’t do it at the time because I can’t get the keys until the leasing office opens at 0900, hence me saying I had to do it at 1000. I didn’t get confirmation that the time would work so I had to find someone else. After I notify the company today that I had to find someone else I also asked for my deposit back. He (the President of the company, Landon Rozier) then tells me it was non refundable. I asked why he didn’t tell me that initially and he stated it was because so many people schedule and then cancel like I was doing. After a bit of back and forth I was told that he wasn’t going to get into a text battle with me and I could call him on Monday. Liberty Moves was incredibly unprofessional in how they chose to handle a situation that resulted from a text that was sent to me about a time conflict. I’m only on leave for two days so I had to find someone else to move me. Ultimately my deposit was not returned. It was offered to be returned after I removed my review.

Truly an unprofessional owner. Does not know how to speak to customers AT ALL or how to treat employees. Your stuff will likely get ruined and then he will curse at you saying he will not make it right. Do not recommend.

We decided to to use Liberty because of the number of high reviews they had. I will not bad mouth Liberty but will share our experience. We contacted Liberty 11 days before our scheduled move date. My wife spoke with Landon and we both liked what we heard. He explained that it is $139 an hour and he has to charge a minimum of 3hrs. But he advised us that the more we pack ourselves the less time his guys would be doing it thus more time ro load and unloaded. (We packed everything, broke beds down and took door off laundry room. A combined 63 boxes and tots and furniture. He also asked that we pay a deposit of $100 to hold the spot. We did. 10 days later/1 day before move date, no word from Liberty. We called to confirm all is good. We were not on any schedule and we were questioned if had we even spoke to anyone there. Lucky we had the receipt from deposit and we were told that Liberty had overbooked. But we explained the importance of our move date. Landon explained that he would get us moved. He went on to tell us that the movers would be there between 9 to 10. 1030am two movers show up in U-Hual. They finish eating their breakfast in my kitchen before anything is touched. I left my wife and two girls to handle move because I was at work. Landon left us with the feeling that we are in good hands. 3hrs into move I call and check in for update. Truck is half way loaded and the movers are dragging their feet.($139hr). I call Landon and ask what is hold up. I expected 3hr to load truck and a couple more hrs to unload.(Whole house is packed sitting in living room or garage. Plus furniture) Landon said he would check on staus and send 3rd guy at no charge. 1hr later status update. No 3rd guy yet and my family is sweating. Why? One of the movers asked my wife to turn off AC because they get sick going from hot to cold. This is the last week of July, plus it's the "busiest moving week of the year", I heard this several time this day from my talks with Landon. My family is hungry and only had a bag of chips each(movers came in eating before they started). Because of time frame the move should be already at new house across town. Landon assured me that his #1 and #2 was my movers. One them was in the GM of Liberty. My wife is frantic because nothing is moving on a quick pace ($139hr). Also one mover informed my wife that once at new place he would be leaving after two man lifts is done, because he bought a new computer and wants to go pick it up. My wife has not left house fearful that they would slow down more. 30min later update. No 3rd yet (1.5hr behind) and they ask my wife to go store and get them bottled water. They did offer to pay, but wife said no because she is trying to expedite this move.($139hr). I call and Landon again this time I'm a little more less than friendly. He said his guys would never do that. Did my wife lied to me? He said that he would call and call me back. No call back. My wife calls me because one of the movers just asked her to run him to his car so he could bring it to our house. Less than mile away. Call Landon again, " my guys would never do that" I described the car. Silence. Still no 3rd guy. 5hrs into move and truck is packed and leaving. New house- movers leave in car to go back to other house to pack 3 itmes that would not fit into truck. Also 3rd guy shows up. I text Landon and tell him I need him at new house to supervise unloading of truck. Landon cant make it. 3pm family still has not ate and 3rd guy is sitting car and appears to be eating sandwhich. He sits there 40 mins until guys come back. Call Landon again and says he will make this right. 2 hours truck is empty. 8hrs total for move. Landon calls and gives my wife final bill. $800. He only charged us 5hrs and 3rd guy was free. $900 total move. Wife said she was happy because she wants them out of house and is looking at one guy eye to eye while Landon explains bill. She is intimidated. Next day find items sitting in driveway. He begged me not to leave bad review. Reviews are more important than customer service.