We know how difficult it can be to select the proper moving company for your needs. As an East Coast Moving Specialist, our unique system enables us to transport your goods without second or third parties, agents or carriers. Only our trucks, our men and our equipment will be utilized to perform your move; you can be confident our moving experts will provide you with a first class moving experience. 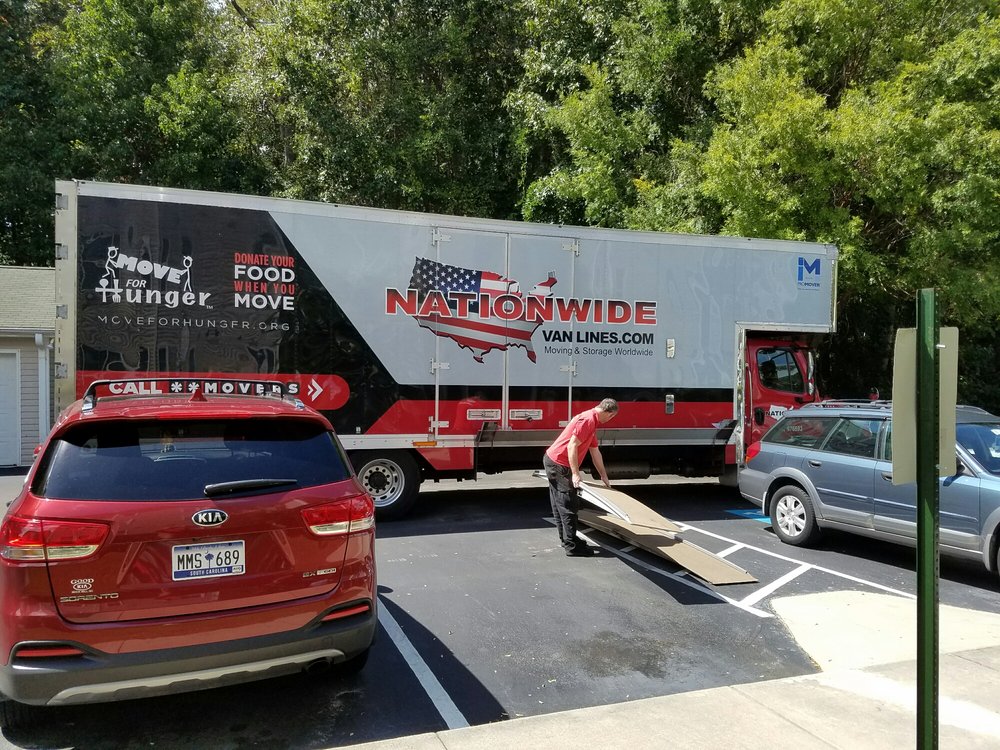 I love this company

The drivers were on time friendly and very helpful. This is the go to moving company! The customers service and sales representatives are the greatest, they make you feel like your their only customer, taking their time making sure from start to finish your move is a successful and stress free move. The best part for me was there were NO hidden fees the price quoted over the phone was the actual cost for my move. I love this company and will be using them for my future moves.

I would love to use them again

I am so glad that I hired Nationwide Van Lines. The staffs were friendly and helpful. They were very fast to respond to all the questions I had. Their collection and delivery system was too good. They were careful at their work. Finally, their payment matched with their original quote. Their pricing was very reasonable. I would be more than happy to recommend and use them again. Best wishes for you guys.

STAY AWAY FROM THIS COMPANY!

STAY AWAY FROM THIS COMPANY! I had a terrible experience with them and so many things went wrong. So much room for improvement. First they claim to be a high end moving company and are very expensive. You can get almost the same service for much less money. I picked them based on online reviews, which I really doubt now the legitimacy. I am a physician and fortunately did not have significant economical limitations. I was looking for quality service, which I did not receive.

I paid them more than $8000 for a move from MA to FL. They claim to be the experts on I-95: I lived in MA few miles from I-95 and was coming to their home state. They promised me that I will have my stuff within a week in Florida and stated that I had to be in Florida 3 days after they picked up to receive the shipment. My things apparently ended going to a storage unit MA and I did not received them after more than a month. I almost never got updates and had to be calling them constantly.

When they came to pick up my Load only 2 movers showed up for a 4-bedroom house. Started around 9:30 am. They were constantly on their phones and not working and took them until 3-3:30 am to load things into the truck. Unacceptable! Not sure how they get paid but they wasted so much time.

My delivery day was changed more than 3 times and about 5 days apart at least. They ruined my summer completely! They offered me few hundreds dollar discount which had no much value to me. I paid them thousands!!

On delivery day a guy showed up alone on the truck and they subcontracted a local to help out. That tells that they do not specifically train their movers. I saw them throwing stuff and many boxes were severely damage or broken. I have many pictures to prove it.

I bought their Insurance and at least two of my furniture pieces were damage for which I requested repair or compensation. To active their insurance is very tedious. They were evading the issue and at the end were offering me $200-300 but I had to sign a very aggressive contract were I will not any action against them or even write a bad review about it and they could actually turn it against me. Well, I rather put this review out that taking their money.

Again, don’t know how come they have so many good reviews but sincerely I can tell you that they charge too much for their poor service. The only good thing that I can tell you is that seems like I got all my stuff. Not completely sure though.

I tried to send a complaint directly to the CEO but their people will not give me the contact information and is Not on their website. Take that into consideration as well.

I contacted Nationwide Moverd to move me from Walbridge OH, to Ft. Myers, FL on 9/27/17. I went over my list with Ron, the sales rep. Nationwide was to move us between 10/1/17 and 10/3/17. I paid the required 30% down with my credit card. It came to the final date of move, no one showed, no one called, and no one would answer my calls. Finally reached the office, And the driver called from Columbus, OH he was delayed. Finally arrived with a 28 ft Enterprise rental truck that I could see was much too small, and without the call I was promised. The two men told me I had to pay an additional $2000, or they could not touch my belongings. First of all, they failed to contact me. I was in a panic. Secondly, I was not sending my belongings in a rental truck with 2 men, that were not identified in Enterprise uniforms Third, I was not giving anyone anymore money down. I called Nationwide to cancel. I explained why and they argued with me on the phone for quite some time. I still have the calls on my phone. I believe they owe me my $1047. I called to Nationwide to complain and requested my deposit and this company refuses to give me my money back.