With over 50 trucks, 700 employees and 35 offices all over the country, we have everything you need to make moving a breeze. But none of those compare to our passion and dedication to your satisfaction. We offer comprehensive business relocation, home relocation and storage services. We customize our services to the needs of each client, thus ensuring that we always surpass your expectations. We can help with all types of relocation moves, from small to large – from apartments to homes, from condominiums and businesses. – over short and long distances – whatever your needs, we’ve got you covered. 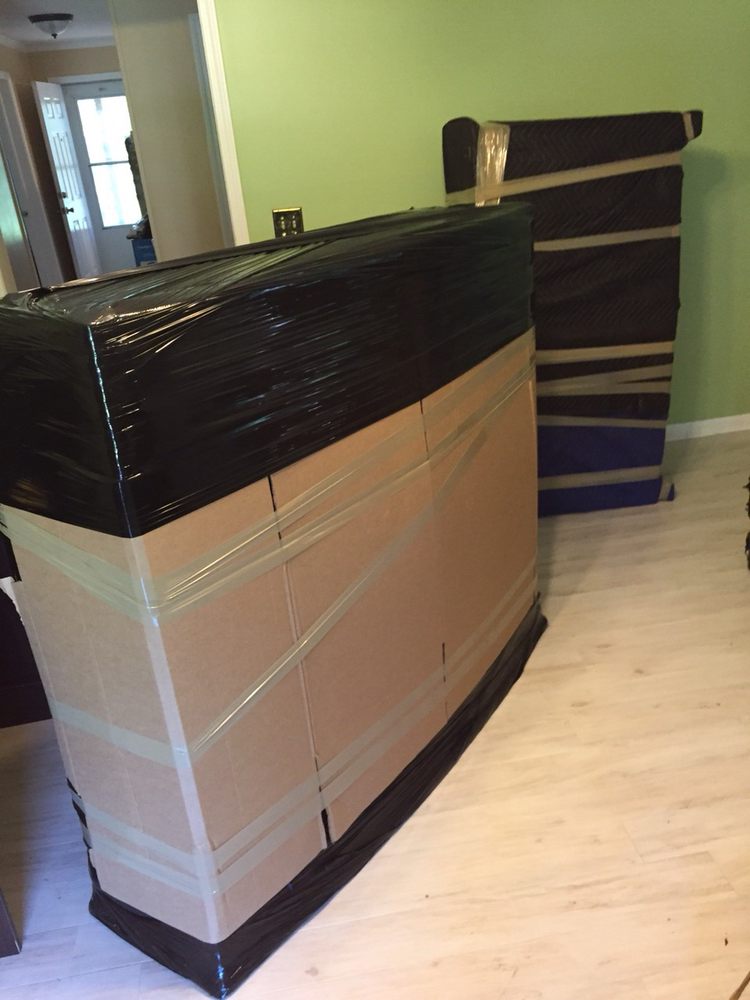 Impossible to reach do not use! Broke a bunch of my things taking them to small claims court!

I am glad that Flagship Van Lines came my way. I could not have attained such level of success with another relocation company. As opposed to many local relocation companies, their services were tailored to perfection. They were so much organised. I really loved the fact that they were able to move me without experiencing any delays. Accept uttermost gratitude from me. I just want to say thank you sincerely. I am optimistic of getting similar or even better services next time. Flagship Van Lines are a great bunch of movers. They showed awesome professionalism and courteousness when I used them to move from Nebraska to Albuquerque, New Mexico. Use them to treat your stuff with the love and care it deserves.

DO NOT USE THIS SCAM COMPANY

DO NOT USE THIS SCAM COMPANY

They have changed their names to keep you from holding them accountable for the horrible lack of service. They were called Flagship Van Lines when I contacted them in June 2018. Ask anyone in customer service (like Anita) if you can speak to someone in charge and they have no clue who that is.

Based on representations by Evan Wolf (sales), I booked a move on a Friday for the following Friday or Saturday, but told him that I needed to check with my building to see which day the elevator was available. (I lived in a high rise in Chicago and you need to reserve the elevator.) He told me that would not be a problem and to just let him know. So, I signed the agreement and made a deposit. I got back to him on Monday when the office re-opened. He did not answer his phone and did not respond to my text message that the elevator was only available on Saturday. (Interestingly, when he is in the sales mode, he is great at follow up, but once you sign, forget about it.)

On Thursday, I hear from Emma in dispatch to confirm my move for Friday?!? What? I shared with her the text messages I had sent Evan to let him know about the elevator situation. She informed me that due to the misunderstanding my deposit of $673 would be refundable.

After getting the run around from Evan (accounting was going to review my request which Emma had said would not be an issue), I spoke to Customer Service. I sent Anita the screen shots of the exchange with Evan that showed I had informed him that the elevator was not available. She was going to talk to accounting and get back to me about my requested refund -- which was not supposed to be a big deal.

Today, I spoke to Evan who finally called me back and told me that he had news about my refund. I think to myself...great...finally. He then tells me that I would not be getting a refund and further says that it was me who "chose to change my primary moving date." I lost it. First of all, I don't believe him at all. So I am going to find out who the owner(s) is/are and let them know what a horrible sales person they have -- that is if they even care. Depending on what happens next, I will be taking legal action against this company.

For anyone else who has also have a problem with this company, I may seek to bring a class action lawsuit against them. They literally have screwed with the wrong person. I am not going to let this drop.

First, let's be clear that the 3-star and better reviews were written by employees of this so-call moving company. This is a criminal syndicate that operates out of Hollywood, FL. They also operate under the names Phoenix Van Lines, Unified Van Lines, and Presidential Moving. They use very smooth sales techniques to take a deposit. After they pick up your goods -- in a rental truck, no less -- they are almost impossible to reach. Then they sell your goods to independent truckers who call the victim several weeks later, claim that they work for Flagship Van Lines, and demand extortionate payments for the goods. They watch their Caller-ID and they don't answer phone calls from their victims. The manager goes by various fake names, such as Angela, Linda, and Anna. Her real name is Arleen Agnes Semo and her direct cell phone number is 754-423-0841.

I might not have been around during the actual relocation but the evidence left behind said it all. I found the everything well-arranged and my house in perfect shape. I had left my wife to oversee the relocations. She confided in me that the services were superb and the relocation crew gave her minimal problems. They were easy to get along and were very obedient. I am grateful that you were able to cooperate with her and offer exclusive services. You did not present her with any difficulties during the relocation and I appreciate them for that. With that kind of report, I can be sure of hiring you out next time.

Thank you so much, guys

Will I use Flagship Van Lines again? Yes! These guys are the best movers we have in Wisconsin. They made my move so hassle free and smooth that I wished I had known them all these days I have been using other movers and getting my things damages. Flagship Van Lines are a very recommendable company seeing that they delivered my furniture in perfect condition and the fees were just as quoted. Thank you so much, guys.

Besides that the movers from Flagship Van Lines were polite and skilled, I also loved their attitude towards work. They came on time and embarked on the work without any complaints until everything was completed. They also came with the right moving tools which meant that they carefully and expertly disassembled and parked my things as if they were their own. The process was completed without any loss of my items. Flagship Van Lines are highly recommendable.

Flagship van lines has been amazing to work with. Looking for movers is so tough because you're never sure if you can trust the guys you hire-- maybe there are fake reviews or you get a bad crew. But to be honest I've had such a good experience with Flagship van lines I'm not gonna ever use a different company. They might be a little more expensive (although for me they were actually the cheapest option) but you get what you pay for. Seriously the best movers I've ever worked with.

I was moving a one bedroom from Brooklyn to North Carolina, which is a pretty long haul. On the phone, Franklin was super nice and actually talking with him was the reason I went with Flagship van lines. On pickup, Marius and his guys packed me super fast, I had never seen guys so efficient. Everything was super professional and above board, always making sure things were packed perfectly. Never a complaint from the guys, super friendly and nice. No dragging their feet, eager to work and get the job done right. There was an issue with the inventory being a little more than expected but I felt like Marius always had my back as I talked with the dispatcher. And dispatch actually cut me a break and was super generous, meeting me halfway and honouring my claim. Good customer service for sure. I never felt taken advantage of.

At delivery Angel and Jerson were totally awesome. They were super friendly and worked so hard. Cool guys too. I think the entire delivery took an hour to get all my stuff built and installed in my place.
Flagship van lines has a super slick system and they did everything with the payment step by step so we all were on the same page and protected. I didn't lift a finger. I've had super stressful moves before but I'm never gonna use anyone besides Flagship van lines from now on. Seriously Angel and Jerson were the best, totally on the ball. Those guys deserve a raise.

I was able to specify a delivery window to make sure it arrived after I got there and before I started work. The guys were telling me about moving huge mansions so they're used to big and fancy jobs but I think they have that same service for the smaller jobs too. Good stuff. If you're not sure which movers to go with, Flagship van lines is my recommendation for sure. I'll be hiring them when I move back to NY.

It was my first major move across country and I have heard so many bad stories. I found them through a friend, and I’m glad he did. They arrived on time at pick up. They actually kept me informed about any changes that happened in my move. No damage and I paid less in the end than I expected.