Stallion Moving Services started in 2008 with the idea of providing Denver, Colorado residents and companies with high quality movers and moving services at the best possible price. We believe that maintaining a rigid standard for excellence will continue to advance us forward in the drive to be one of the best moving companies in Denver Colorado. By using resources wisely and integrating new technologies to help our experienced Denver movers, we can continue to offer service with an unmatched level of professionalism and quality. By doing this, we will always keep pushing ourselves to become a better and better business, giving you better prices and better services. At Stallion Moving Services, we understand that selecting a Denver, Colorado moving company is an integral part of the moving process. Let us guide you through your move, from start to finish, to make it a seamless, stress-free and enjoyable experience. When you call or email one of our business representatives, they will be able to go through the finer details of your move to ensure that you have everything you need for your move. Not only will they see to it you have everything you require, they will call you and confirm periodically to give you some ease of mind on your move. If you have any more questions about us, feel free to call our Denver moving company today for more information. 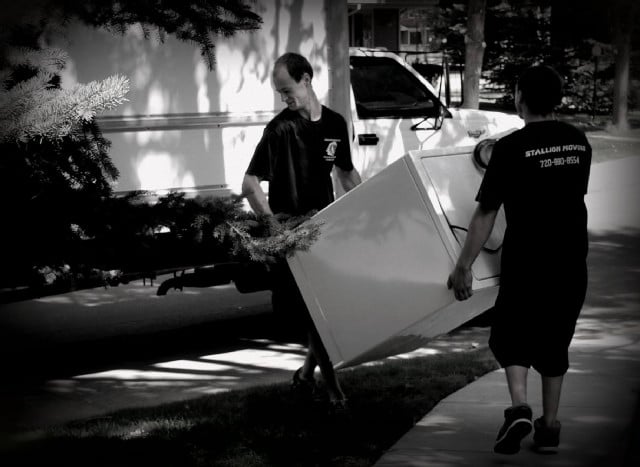 Awful, DO NOT USE. Broken furniture, chipped walls.

Awful service, DO NOT USE stallion movers, I regret using them every time I look at my broken sofa!!

I purchased a discounted rate for stallion via groupon. The communication from Stallion should have been my first red flag, it took several phone calls before I was able to speak to someone in their office because "they were having internet issues".

The moving crew that showed up was not the professional, experience movers I was expecting but rather it was one 19 year old girl who was on her first day of the job, a 19 year old boy who informed me before picking up a single box that they do work for tips, and a 24 year old man who seemed to be in charge. The trio worked fast enough however they seemed to care very little for my belongings. Boxes clearly marked "FRAGILE" " DO NOT STACK" were treated with disregard and we heard several boxes tumble over as they were being loaded and unloaded from the truck. One of the movers knocked over our bikes and took a chunk of out the drywall, "woops".

For unloading the truck we had simple instructions, "read the top of the box and put the box in the according room. Yet somehow every box was dumped in the living room for us to sort out later. Some boxes ended up upside down, some marked "FRAGILE" or "DO NOT STACK
" (as previously mentioned) wound up on the bottom of stacks of boxes.

When everything was unloaded and they were attempting to finalize paperwork, Joe the owner, gets on the phone to ask how the service was (perhaps these questions should come AFTER the workers leave if you want honest feedback) and while I am on the phone with him, one of the movers break the leg off a sofa while leaning on the sofa. I told Joe right then that we had an issue because a mover broke my furniture. The movers apologize, take some pictures of the damage and assure me that Joe would be in touch to make it right. 3 days went by with no contact. I reached out to them to ask what they were going to do and they told me to send an email detailing the incident and then I get an Eform to file an insurance claim with some 3rd party. Still to this day the owner, Joe has not once talked to me about the damage or apologized for his workers conduct. Awful customer service, awful movers, awful experience.